Attached is a small snippet of the beginning of my flight, and it goes some way to confirming that there was a remarkable change in wind direction, one that presumably accounted for the weird turbulence some of us encountered.  It shows my climb early in the flight when Jeff and I were at first together.  You will see how the climb began drifting to the NNW/N but at about 1,000 over launch it abruptly began drifting to the NE, having suddenly switched direction by about sixty degrees.  I don't know if I have ever seen a thermal change direction that abruptly before.

After leaving Arco I drove to Rock Springs, spent the night there with my friend Richard and then today drove to Steamboat Springs in hopes of flying there.  I met up with Kenny Grubbs in the lz, but the weather went to hell and we never went up the hill.  I hope you had better luck at King Mt.  I'll go to JZ's place tomorrow. 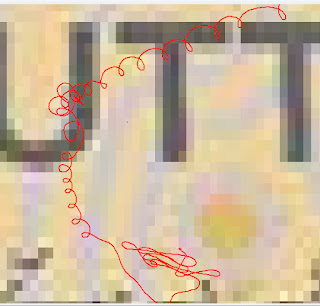