Will's funeral was huge.  Hundreds of people gathered, You got to have lived a remarkable life to have it end the way Will's did.    (NTSB Preliminary Report)  We will really miss him.

High Point, WV -  Jim, Pete, John, Greg, Mark, Larry B., L.E.  and,  Lisa as driver,   Arrived conditions were  just about perfect.   L.E.  got ready and out on launch with  paraglider within about 10 minutes of arrival.,  Then a wing tip flip  -- Then really started to weird out as the gust continued to pick up and a unhook and retreat.

The next two hours was unpredicted 90 degree cross, gustly winds 15 - 25  -  blown leaves around in twisty patterns.  Few of the birds even wanted to be a part of this.  Sometimes it's just luck.  Sure good no one was in the air.

We told Will Stories and Laughed with him through a recording of Bug Stomping, the (Quest air stomp).

Later - Pete was first off, and the only one to find real thermal lift, getting to nearly 4,000 msl, but after that they all stayed fairly low.  Indeed, they were low enough that we feared they might have to land in the switchy and turbulent Fairgrounds LZ.

However, one last thermal got  all high enough to easily glide through a sharp rotor to land at the airport shortly before sundown.  John, Larry and Pete  all got plus/minus an hour, and after being picked up by JR everyone went to Shooters for a liquid dinner in Will’s honor. 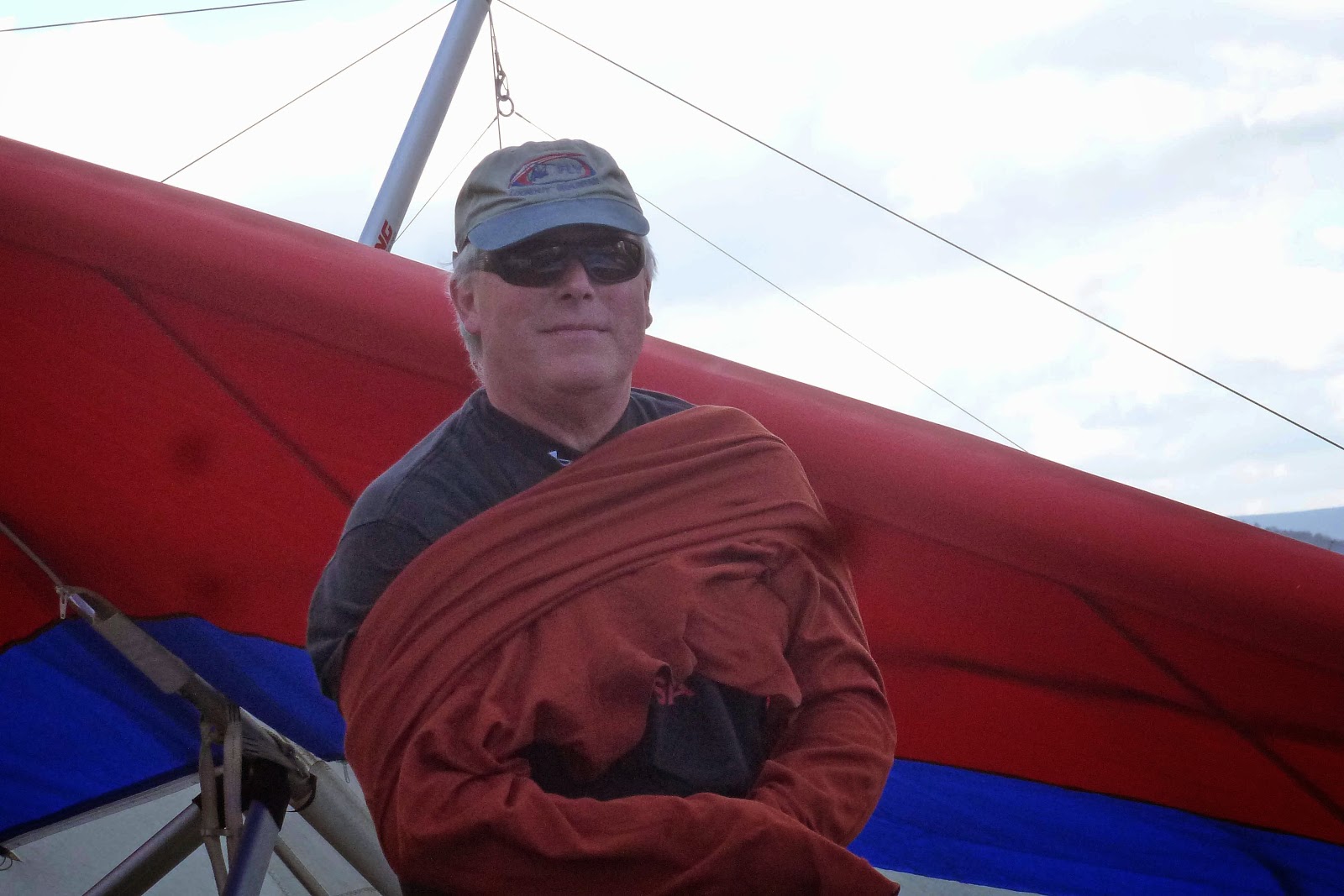 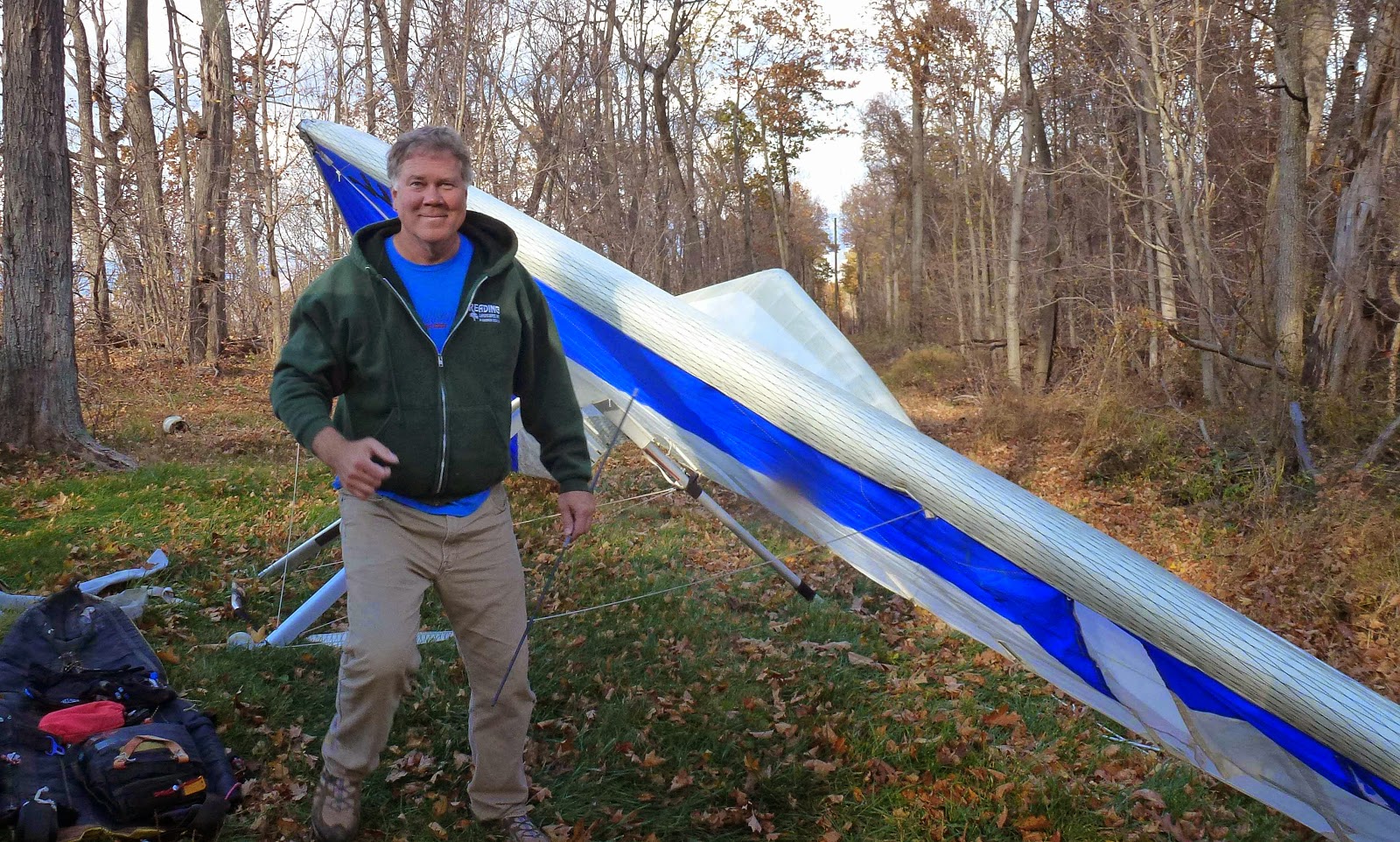 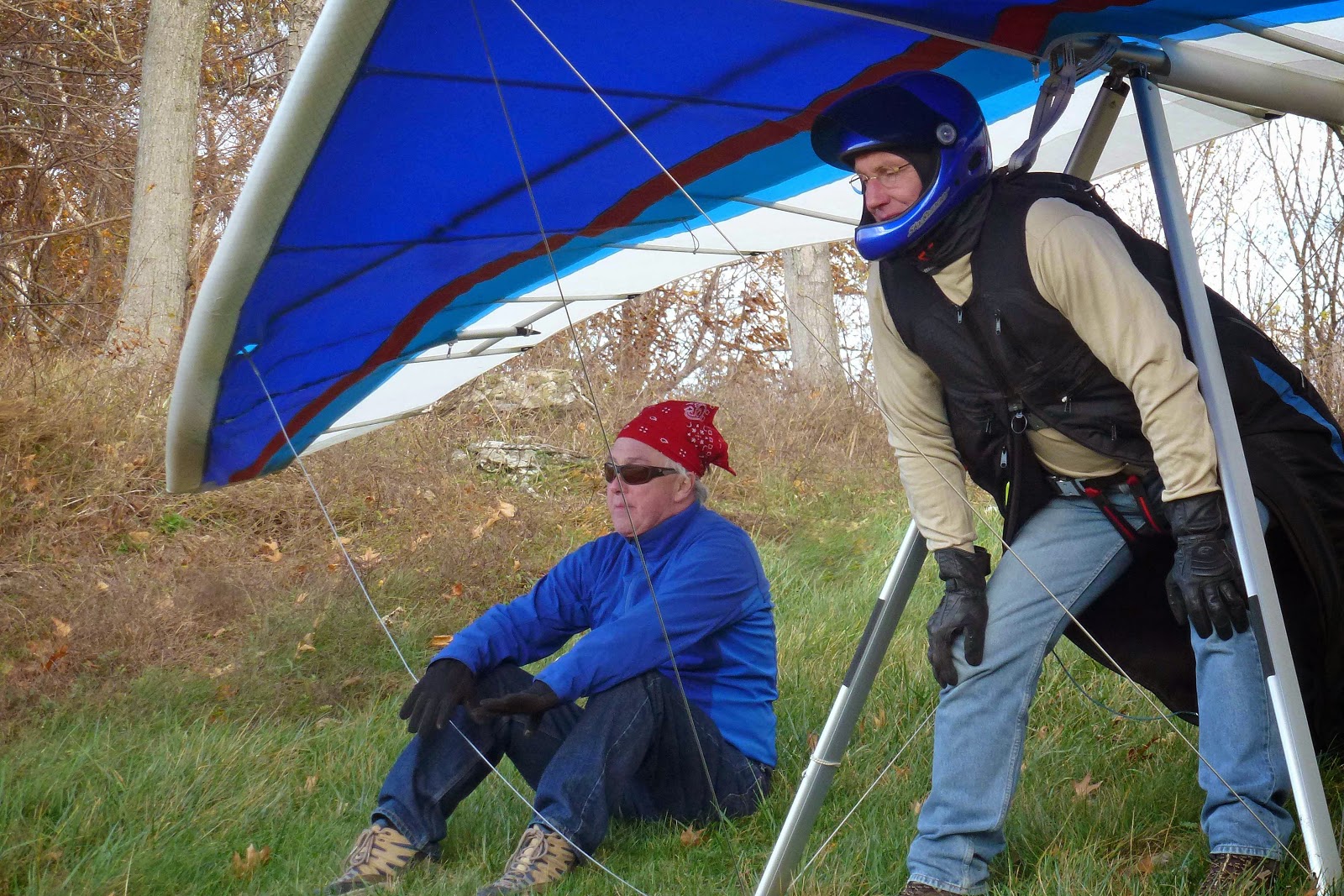 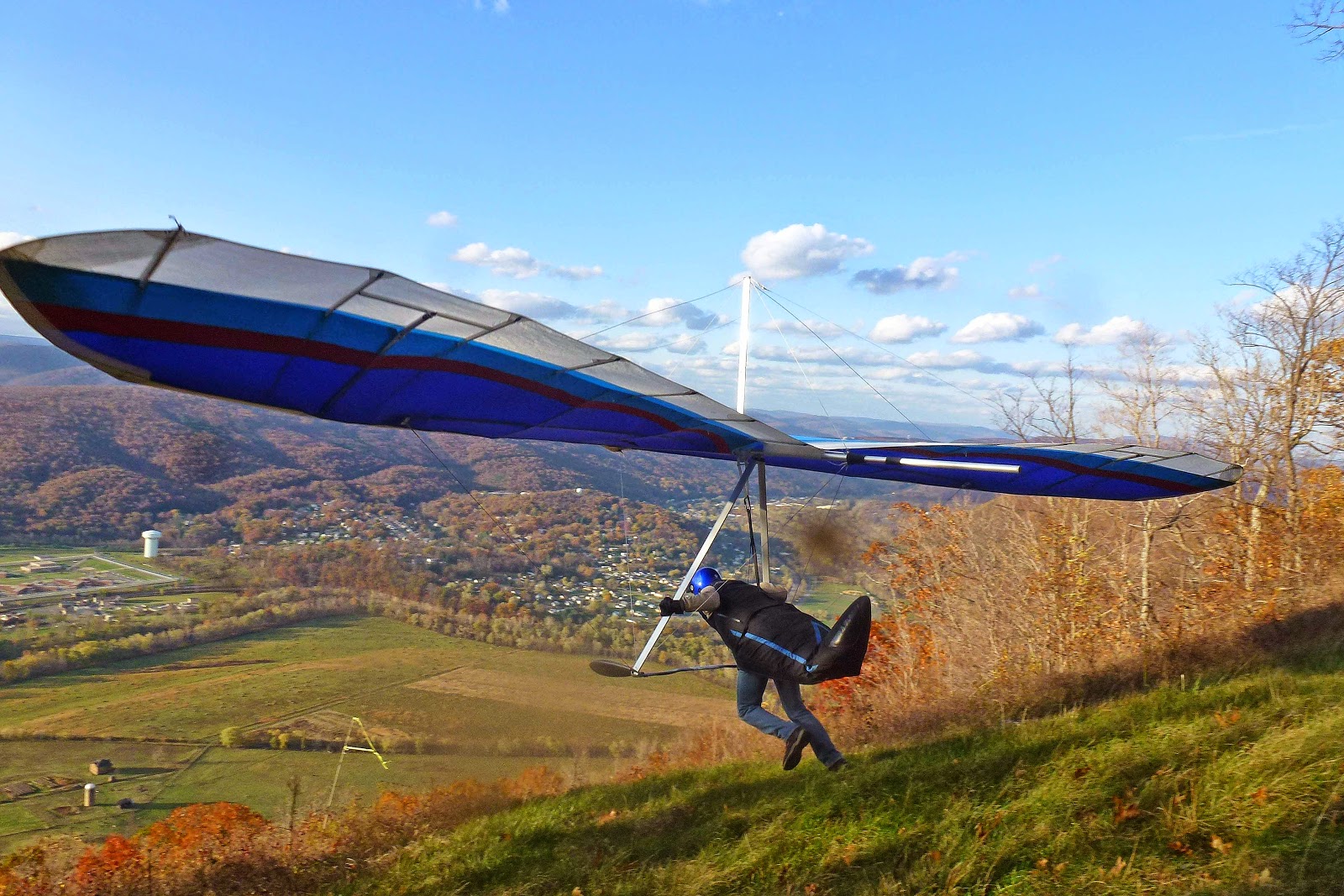 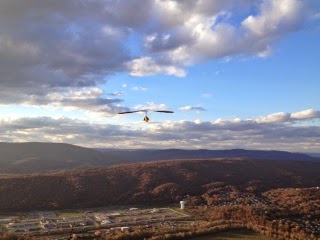 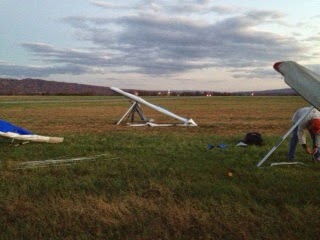 In a weird mood after hearing of Will Jenkins’ death in a helicopter accident the day before, Pete went to the hill by himself for therapy flying.  Despite a strongish forecast, launch conditions were nearly perfect even if the sky was largely overcast.  Pete soon realized the winds were steadily diminishing, and worked thermals to stay in the air.  But after only thirty nine minutes aloft (max. 2,872 msl) he was flushed into the un-streamered Fairgrounds lz where he had a perfect landing.  JR came from a doctor’s appointment to the lz to run Pete up to his car at launch.  There we toasted Wills’ memory with some tequila and beer.
at 11:43 AM No comments:

Will Jenkins - May he Rest in Peace -

Words can not describe the loss to our community of good friend and fellow pilot Will Jenkins.

I can't grasp that I won't see him again - Will was involved in a mid air collision
with a small plane while he was on a Helicopter check out flight with another instructor and one passenger in Fredrick Maryland.    The NTSB is investigating.

(NEWS REPORT CLICK HERE)  and  (ANOTHER) and (ABC News) 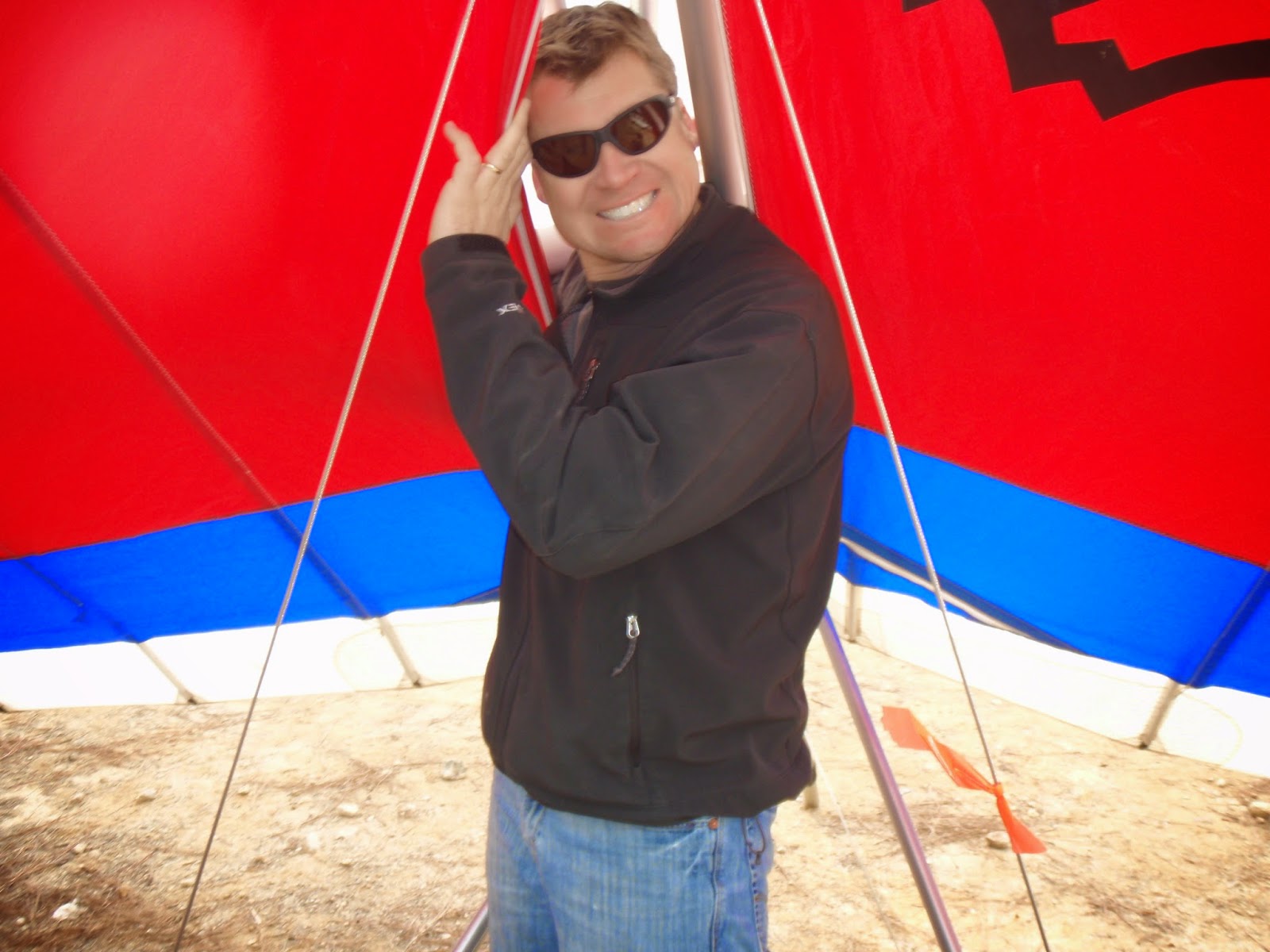